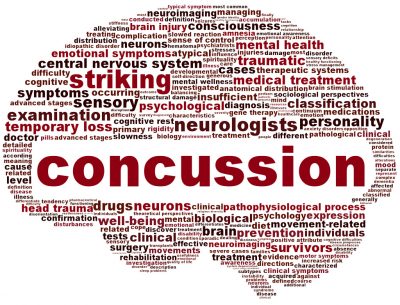 A sports concussion is an injury to the brain which results from a blow to the head. Concussions can range from mild to severe and can alter mental status, as well as cause other symptoms, both physical and mental. Any significant impact to the head, such as a fall, car accident or sports injury can result in a concussion. Concussions are of special concern for athletes who participate in contact sports. Consciousness may be lost with a moderate to severe concussion, while someone with a mild concussion may simply feel dazed. With any forceful blow to the head, the patient should be closely watched for any signs of concussion.

Signs and Symptoms of a Sports Concussion

Signs and symptoms of a concussion usually present shortly after the injury, however, some symptoms may take a few hours or even days before showing up, which can prevent the patient and the initial examiner from realizing how serious the injury actually is. An athlete who has a concussion may be a bit confused immediately after the incident and be completely unable to recall the event an hour later. Because symptoms can be delayed, monitoring for signs of a concussion should continue for several days after a head injury.

Any athlete who sustains a head blow should be evaluated by a trainer, physician or trained coach as quickly as possible.

Sideline Concussion Evaluations should include:

Danger Signs of a Sports Concussion

In an extremely small percentage of concussion cases, a collection of blood, called a hematoma, can form on the brain causing it to squeeze against the skull. Concussion symptoms which can be a sign of a more serious medical problem are:

If any of these concussion danger signs arise after a hard blow to the head or body, the patient should be taken to the emergency room or 9-1-1 should be called.

Returning to Normal Activity After a Concussion

If a concussion is diagnosed, the doctor will want to ensure that the patient is fully recovered before he or she participates in any activity which could result in another head trauma. An athlete with an unhealed or undiagnosed concussion is at risk for second impact syndrome, a potentially fatal condition in which a second injury occurs before the initial concussion has healed.

Mild traumatic brain injury (mTBI) or “concussion” can induce persistant neurocognitive dysfunction in many individuals. mTBI results in diffuse axonal injury from sudden changes in velocity of the head. Diffuse Axonal Injury is a potentially severe form of TBI, and is the underlying cause of injury in 50% of TBI patients requiring hospitalization.

Baseline testing, in which an athlete’s physical and cognitive abilities are recorded prior to sustaining any injury, can be extremely helpful in determining if the athlete is healed and ready to resume play. Athletes should be completely free from any concussion symptoms before returning to sports activity.

After a concussion, if any symptoms return during physical activity, the patient should stop and rest for a day. Overdoing or resuming activity too quickly only prolongs recovery time. Getting plenty of rest and avoiding demanding activities, both physical and mental, will aid the healing process.

No matter how mild a concussion is, the patient should undergo a thorough evaluation by one of our qualified medical professionals to ensure that the brain has healed and it is safe to resume recreational activity. Learn more about sports injuries on the Orthopedic and Sports Medicine Institute (OSMI) website. 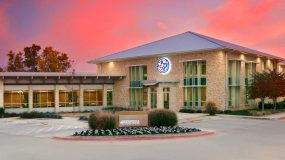 Our team would like to welcome you to Orthopedics Today walk-in orthopedic injury clinic. We are located on the campus of the Orthopedic Sports Medicine Institute (OSMI) in Fort Worth. Orthopedic certified physician assistant, Mike Sangenito, has … END_OF_DOCUMENT_TOKEN_TO_BE_REPLACED